To experience a physical sense of the passing of time, watch a sunrise, closely.

Posted by Rhett Griffiths at 14:40 No comments:


Posted by Rhett Griffiths at 14:48 No comments:

'the night rider' - homage to Frances-Marie Uitti by Paul Griffiths

Hands tight on the reins, eyes steady forward,
astride her living wooden horse, she tears ahead.
There are others, at the side,
holding searchlights to catch her as she goes.
Iannis Xenakis sees her spectacular dexterity.
John Cage smiles at her humour.
Giacinto Scelsi welcomes her gravity and intensity.
Jonathan Harvey hails her wild imagination.
Gyorgy Kurtag observes her true power.
Now this.
She looks neither to right nor to left.
Hands tight, eyes steady, astride, she tears on.

As part of a fantastic series of concerts programmed by Rolf Hind and the society for the promotion of new music (spnm), I went to see Frances-Marie Uitti, renowned avant-garde cellist and inventor of the polyphonic two-bow cello technique.

To her great credit I heard she had spent considerable time working with four of the UK's best up-and-coming composers on a programme of their new two-bow works, written especially for the event.

How To See - A Beginner's Guide 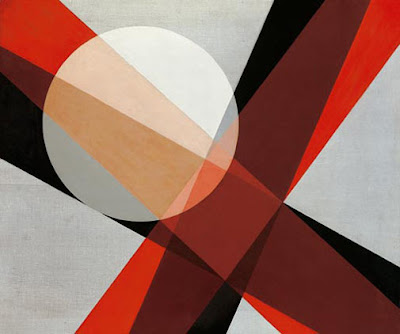 Josef Albers was one of the inspirational teachers at Black Mountain College (see below), tutor to Robert Rauschenberg whose series of 'White Paintings in part inspired John Cage to think about silence and write 4'33", so I just had to see this exhibition of his work along with Moholy-Nagy.

Albers illustrated and explored this idea in his monumental work 'Interaction of Colour' (1963), a comprehensive study of the effects of combinations of colours on eachother - ground-breaking and important and relevent to all creative disciplines!

I didn't expect to be blown away by Moholy-Nagy's abstract shapes and colours, but I was! How do my eyes and brain make sense of what I am looking at. Is that a red rectangle on top of a black one, or a red shape beside a brown shape beside a black shape - aha so that's how my mind is working!

Life is full of illusions!

Posted by Rhett Griffiths at 15:06 No comments: 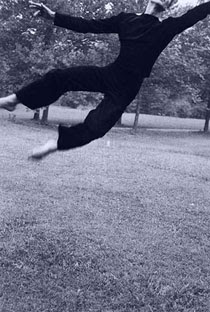 Fascinating exhibition at the Kettles Yard Gallery Cambridge about Black Mountain College (BMC), where the teachers and students formed a collective of composers, artists, poets, and craftspeople, who all shared the work at the college, grew their own vegetables, and cross-fertilised their ideas.

Concerts of pieces composed and developed at BMC were performed. John Cage's 45' for speaker was read by composer Christopher Fox, whilst 31'57.964" for prepared piano and 26'1.1499" for cello were both performed at the same time, but independently.

Cage makes some provocative assertions - There is no such thing as absolute silence - All noise is music - All music is theatre - Theatre is when there are simultaneous audible and visible events. This feels liberating and explodes the boundaries of what I thought of as 'music-theatre'!


62 mesostics Re Merce Cunningham was performed by Phil Minton, an extraordinary vocal gymnast. For 25minutes I thought he was possessed by the devil.
Posted by Rhett Griffiths at 23:25 No comments: 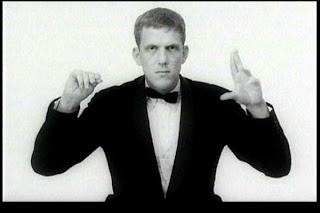 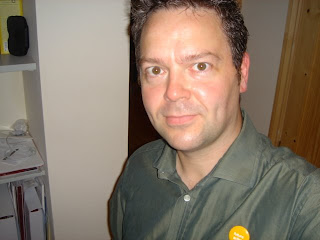 "True love comes not from finding a perfect person, but through learning to see an imperfect person perfectly." (Anonymous)
Posted by Rhett Griffiths at 23:47 No comments: 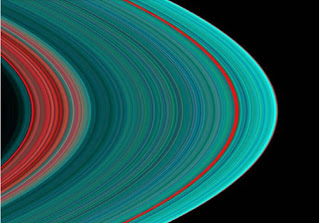 I find myself sitting in a room in Queens' College Cambridge, almost 20 years after I first sat there in 1986. It's as if I've been off on an adventure, but now I'm back home in my simple student room after half a lifetime of experiences.

It feels like a journey straight out of Sebald's groundbreaking book 'Rings of Saturn', the story of his walk down the Suffolk coast from Lowestoft to Southwold, in which he regularly stops to reflect on history, philosophy, biology, music and more.

At one point he sits on a bench to eat a sandwich, and looking out to sea, muses on the history and decline of the European herring industry, and the folly of war. Some 87 pages later we're back on the bench after a wonderful imaginary adventure.

When I wander into the packed college bar for a beer, the students look at me like a man from another planet.
Posted by Rhett Griffiths at 00:13 No comments: